Maastricht is one of the oldest cities in The Netherlands, as you will quickly discover when strolling through the historic inner city. Churches, city walls, monumental merchant houses and big squares merge seamlessly with a comprehensive and varied range of shops. Maastricht’s charm resides in its homogeneity and atmosphere, rather than in impressive buildings. The city is split in two halves by the river Meuse; the station and business area are on the eastern side (right bank), while the historical centre and greater part of the shopping streets are on the western side (left bank).

Maastricht is also a city of indulgence and culinary highlights. There are pleasant lunchrooms, Michelin-starred restaurants, vineyard farms and an extensive range of excellent regional products and dishes. In short, ‘bons vivants’ should not miss out on Maastricht!

It is recommended to watch the informative and promotional clips on YouTube 1 and 2. 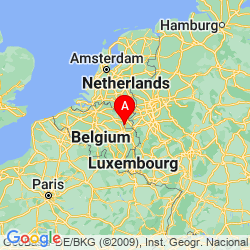